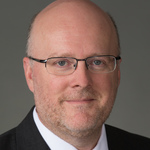 Chris Peterson is the owner of Peterson Law Group. He practices primarily in the areas of wills, trusts and estate planning; probate and trust administration; elder law; and business law. In addition to the law practice, Chris is involved in Aggieland Title Company and Brazos 1031 Exchange Company.

Chris grew up in Bryan and graduated from Bryan High in 1989. In 1993, he received a Bachelor of Arts from Wheaton College in Political Science and Biblical & Theological Studies. He then obtained his Doctor of Jurisprudence from the University of Texas School of Law in 1996.

Besides practicing law, Chris is a serial entrepreneur and has been involved in starting businesses ranging from a local community newsmagazine, chocolates, and real estate development.

Chris has been married to his college sweetheart, Debbie since 1996. They have 3 kids (one of whom is adopted).

Chris often appears in local media due to his community work and his representation of clients. Some examples of his being featured follow:

BTU Board Getting Two New Members

The use of the Internet or this form for communication with the company or any individual member of the company does not establish an intermediary relationship. Confidential or time-sensitive information should not be sent through this form.

Thank you for contacting us. We will get back to you shortly.

Please complete all required fields below.